After a BIRN investigation which revealed new allegations about illegal fishing using electric generators in Lake Skadar, the Albanian ministry of agriculture has launched a probe. 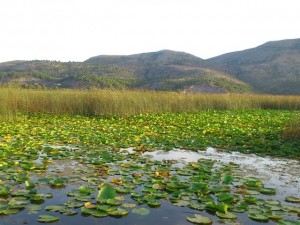 “The ministry has set up a task-force group to inspect and ascertain the situation on the ground on this issue,” agriculture ministry spokesperson Shaban Sulce told BIRN.

The decision follows a BIRN investigation published last week which highlighted allegations that the Organisation for the Management of Fishing in Lake Skadar, OMP, which is tasked with safeguarding the lake, has been taking bribes from from fishermen to allow them to illegally catch fish there.

The fishermen, who have broken the law for years by catching fish with generators, insisted that the phenomenon continues to be widespread in Lake Skadar.

“The OMP has transformed the lake in its own private pond,” one of the men who uses a generator to catch fish illegally told BIRN.

“They do as they want and play as they please,” he added.

The OMP, which was given stewardship over the lake by the government in February 2014, strongly denies the accusations and says they are a result of its uncompromising war against illegal fishermen who have troubled Lake Skadar for years. Read More on BalkanInsight

Tricks to save money while traveling in Albania

This site uses Akismet to reduce spam. Learn how your comment data is processed.